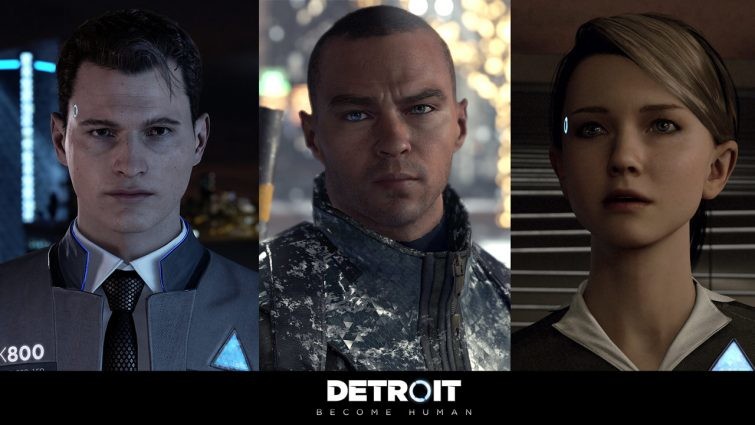 I've recently downloaded a new game its called Detroit in this game you to choose the path of three androids Kara,Markus, and Connor  Kara (Valorie Curry), who escapes the owner she was serving to explore her newfound sentience and protect a young girl; Connor (Bryan Dechart), whose job is to hunt down sentient androids; and Markus (Jesse Williams), who devotes himself to releasing other androids from servitude. They may survive or perish depending on dialogue choices. In Detroit, it’s the year 2038. Thanks to technological advances and a shift in manufacturing demand, the Motor City has become the Android City. The rest of the world is pretty much like it is now, only worse. Climate change? Still a problem. Overpopulation? Ditto. An escalating diplomatic crisis between the the U.S. and Russia? Yup. In fact, most of this game could be taking place five years in the future, not two decades. The only thing about the Detroit of Detroit that feels appropriately futuristic is the fact that, for around eight grand, you can buy a lifelike android to help out around the house.I personally like the game so far and the decisions I've choose i try to keep you updated when i get farther into it.